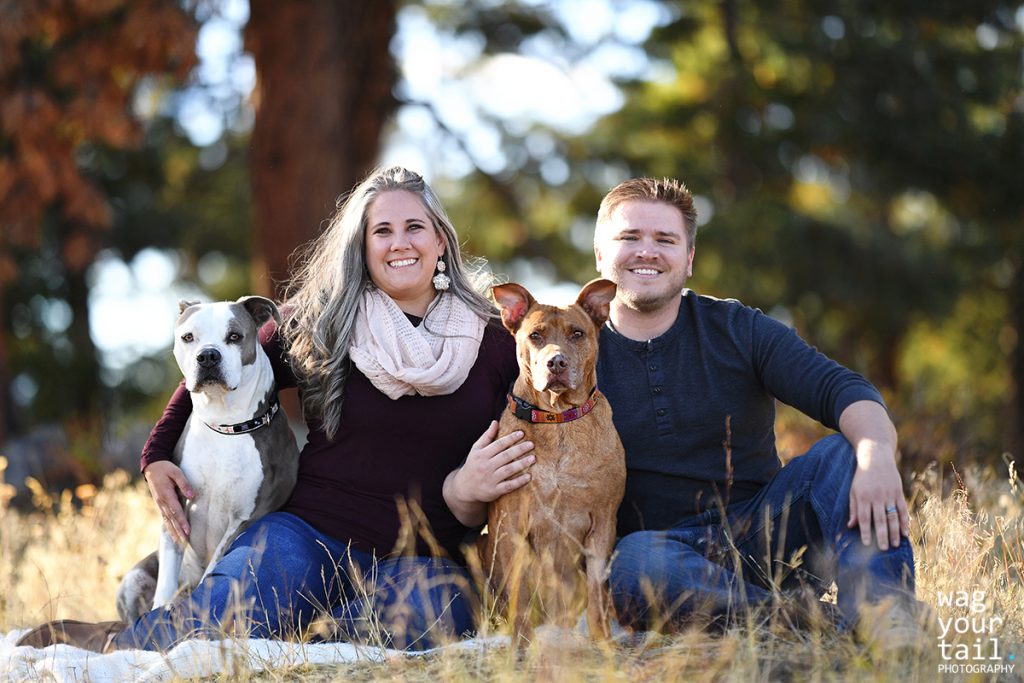 Hello dear friends!  We hope you had the most special + wonderful holiday season, and that you are having a great start to the New Year.  Today I want to tell you about our beautiful and very special session with Bunny (the brindle beauty) and Blu (the white + gray beauty) this past Fall. We met Bunny, Blu and their fam at Mount Falcon West here in the Indian Hills of Colorado.  Mount Falcon is one of our favorite shoot locations + never disappoints!  It was a beautiful fall afternoon, and the weather could not have been more perfect.  Bunny + Blu’s mom reached out to us to schedule a session, and it would be a very important session, because their sweet Bunny’s health was declining, and they wanted to make sure they captured her and their bond with her before it was too late.  We are so glad she did, because Bunny and Blu were such a joy to capture, and this family’s bond made me smile and made my heart so full.  Here’s a little bit about each of these cutie-patooties. 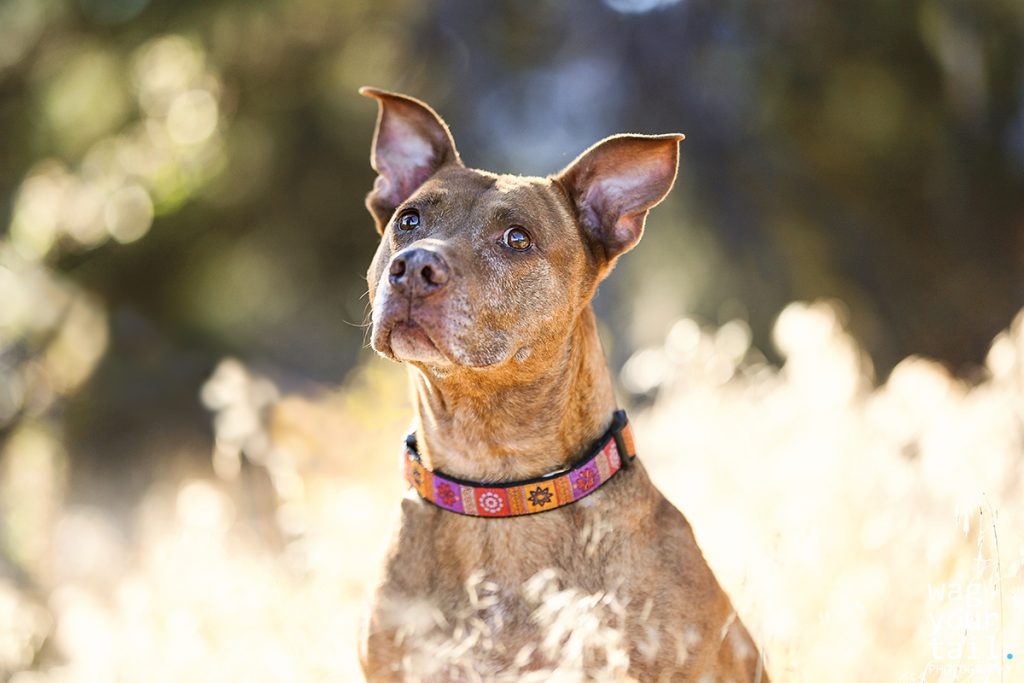 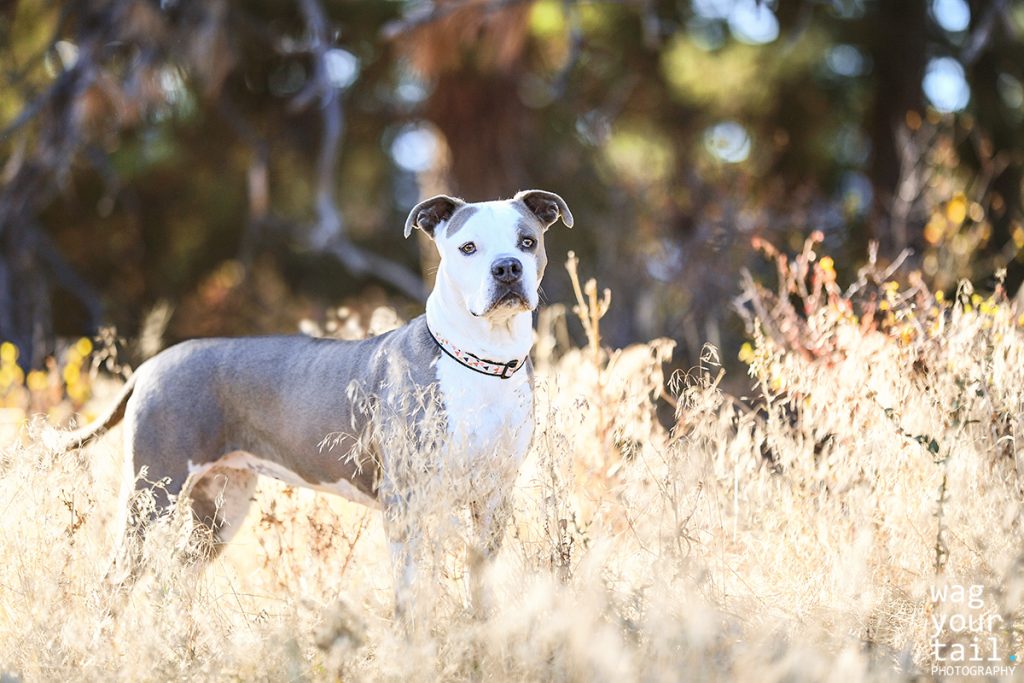 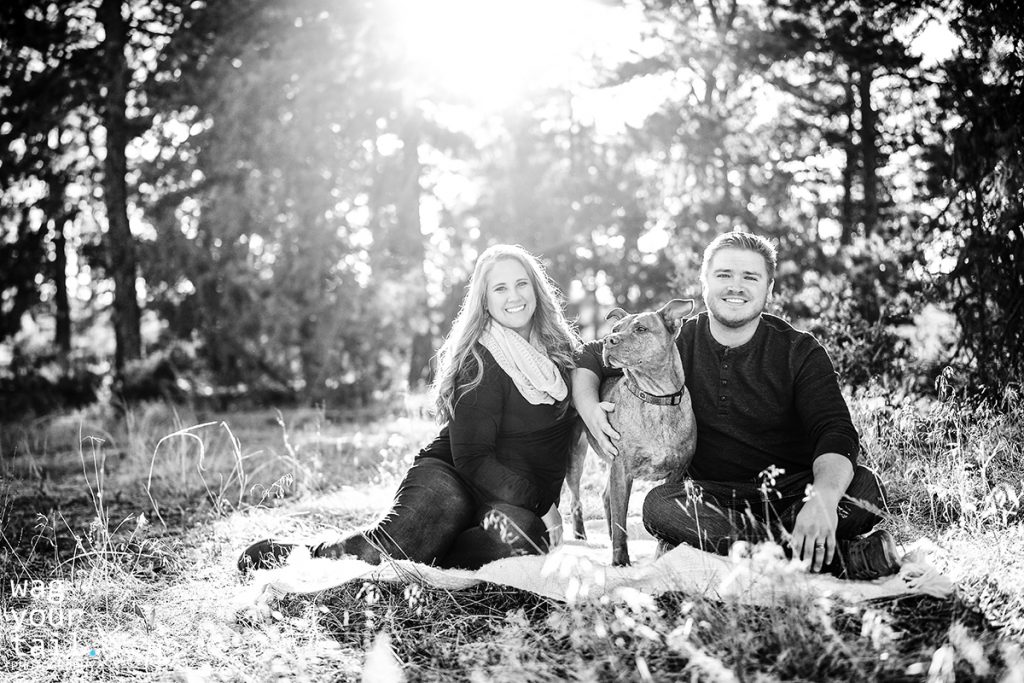 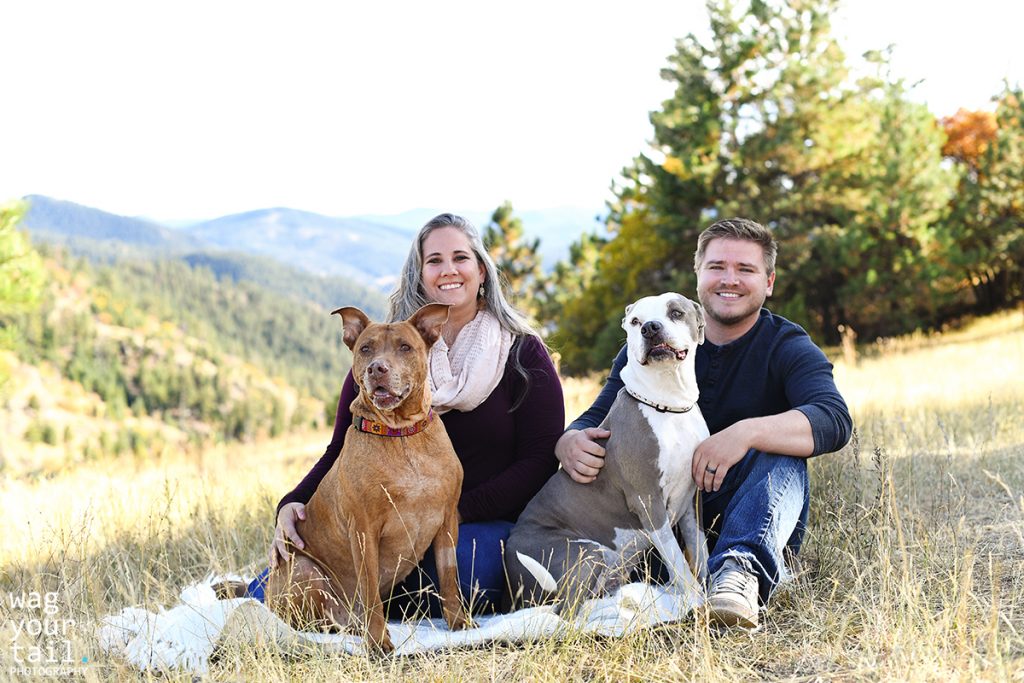 Bunny is a ~10 yo Pittie mix. We got to meet Bunny + her fursis Blu (she’s up next!) last week for a gorgeous session. 📸🤗 Bunny’s pawrents rescued her in 2013 from the Boulder Humane Society. Bunny was about a year old at the time, and she was a wiley one! 😬 While it wasn’t the smoothest of starts for this trio, they hung in there + realized that Bunny was their girl furever! And over the years, Bunny became the sweetest + best dog ever! 🥰👏🏻 [Rescue is hard work, thankfully this fam stuck with her] Bunny learned the ropes quickly and grew to become quite the cuddeler, too! ❤️ Bunny loves her mom + dad so much, and she also obvi loves her fursis Blu… lucky for Bunny she also has a fabulous auntie who came on the shoot too. Bunny was showered with kisses the whole shoot long, and rightfully so. 😍 Unfortunately, this sweet girl has been diagnosed with lymphoma, just like our Newton. 😞 That’s one of the reasons this session was so special to us. We hope and pray that Bunny keeps fighting so that she can create many more memories with her fam. And we hope that Bunny loved all the attention, cuz we sure loved doting on her! 🤗🧡💜 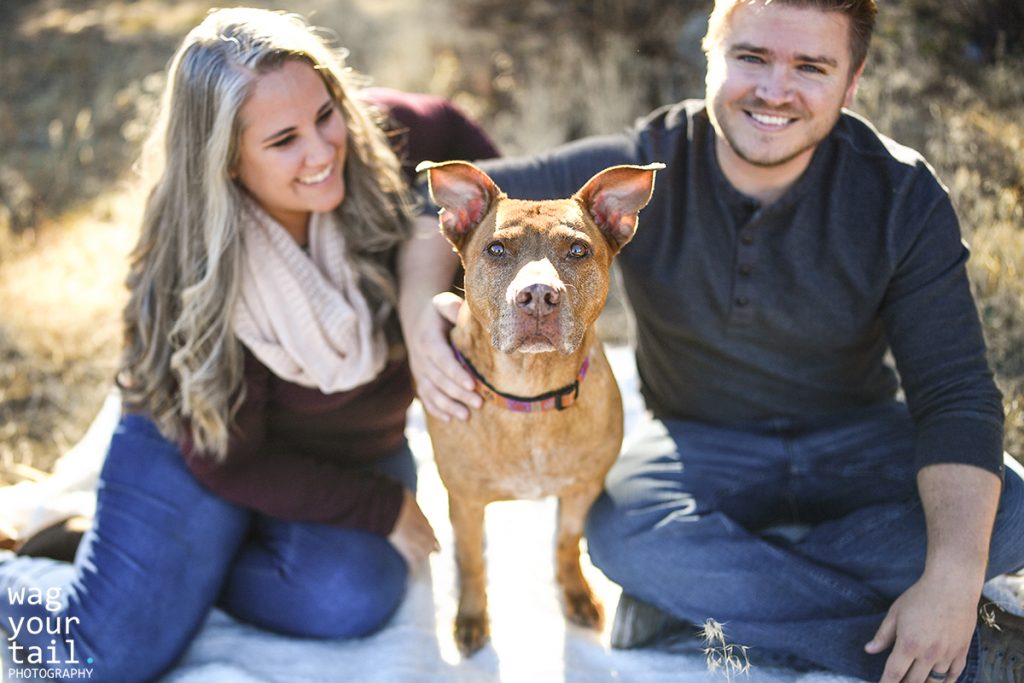 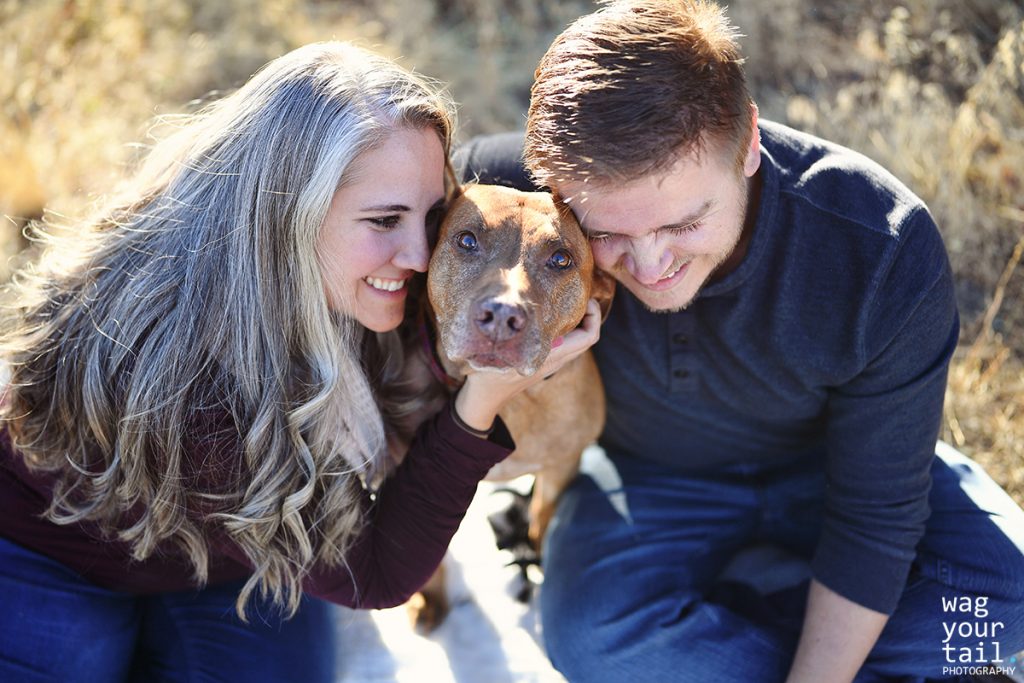 Blu is a ~7 yo Pittie and Bunny’s (see our last post) lil sis. Blu is also a rescue from the Boulder Humane Society. She was a little pittie in an e-collar and cast, but she looked so cute. Turns out Blu had had an accident in her first home where she jumped through a glass coffee table and they couldn’t afford the medical bills, so she was surrendered. 😞 As soon as he met her, Blu’s dad’s first words were, “We need to adopt this dog” + mom was 1000% on board. 🥰 So they introduced Bunny to Blu. Bunny was pretty indifferent, but Blu was sooooo excited and jumping around, doing the play bow! 🤗 The rescue volunteer was totally amazed, b/c Blu had been scared of all the other dogs she had been introduced to. And the rest, as they say, is history… Blu came home with them + Bunny slowly but surely came around to not being the only child anymore. 🐾😬 After a while, they started to get along more and more and soon realized that they loved playing tug of war with each other. 👏🏻 I just love Blu’s beautiful coat and her gorgeous eyes! 👀❤️

Here are some of our very favorite images from Bunny + Blu’s session.  We hope you enjoy!  If you’d like to book your own session, reach out and say hi!! 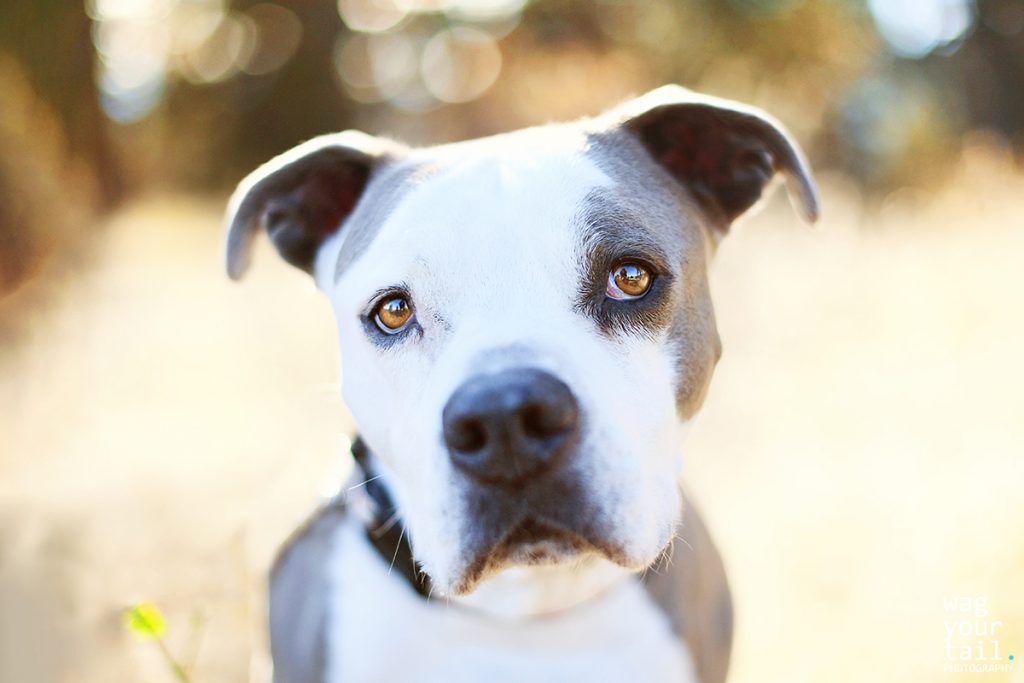 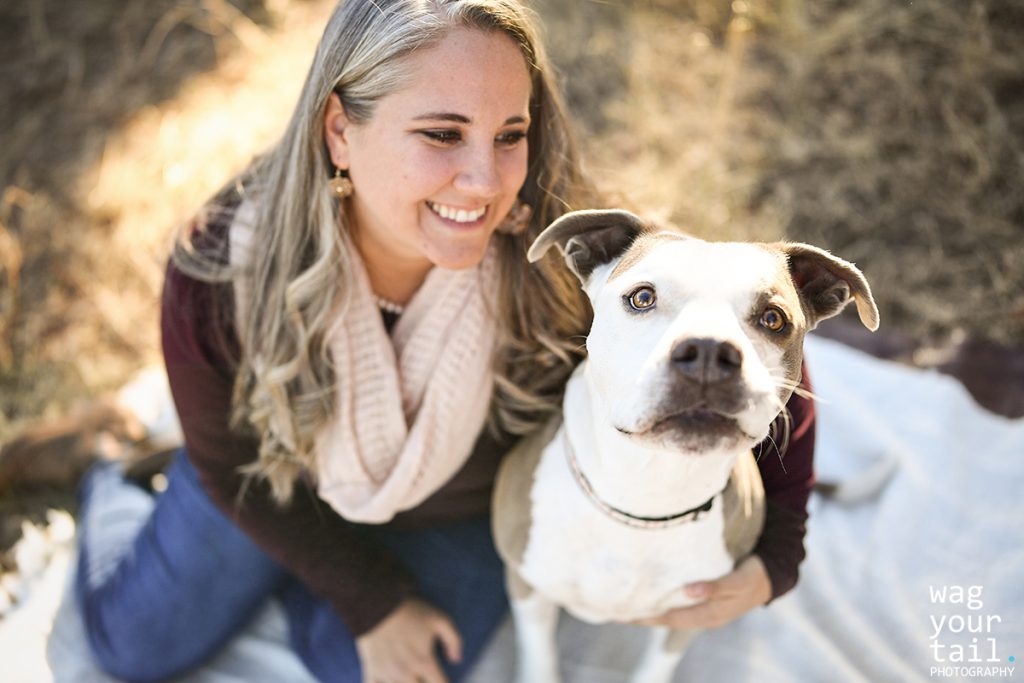