Dear Ladies & Gents… this is the story of an unforgettable session we had with two doggies, two horsies and their humans.   This session was so special for so many reasons.   Most of all, it celebrated true friendships, four-legged & two-legged… bonds that are impenetrable and enduring for all time.  We feel so lucky to have booked this session.  Let me tell you a little about it.

We met at the gorgeous Clearview Stable in Chester Springs.   The weather was beautiful and the setting perfect.   The furry stars of the shoot were Amos (pupper), Maura (pupper), Cliff (horsie) and Hank (horsie).   Amos was, however, a very important focus for us.   You see, Amos was adopted 12 years ago.  He was listed as a Rottweiler/ Chow/ Akita mix.  He and his sister had been found roaming the streets of Raleigh (as luck would have it, she was adopted the same Amos was adopted!).  From the moment his mom brought him home, Amos was what she called a “Velcro dog”.   🙂  As we learned right away on the shoot, Amos followed his momma at all times.   He was also a completely gentle and mellow boy.   We can’t tell you how sweet the moments between Amos and his mom were.   It came to mean so much more when sometime after our shoot, we learned that Amos had crossed the rainbow bridge.   We are so grateful that we got to do this shoot for him and his momma to capture and document their amazing bond.

Unfortunately, as we just recently learned, Cliff [the horse] also passed away after our session. Cliff was named after Clifford, the big red dog. Cliff was a social and curious boy. Cliff made so many enormous strides in his life, and went from jumping like a bunny rabbit (straight up) to being more confident and steadfast. He loved attention but always on his terms. We loved getting to photograph Cliff and are grateful to have captured his loving nature and bond with his human. 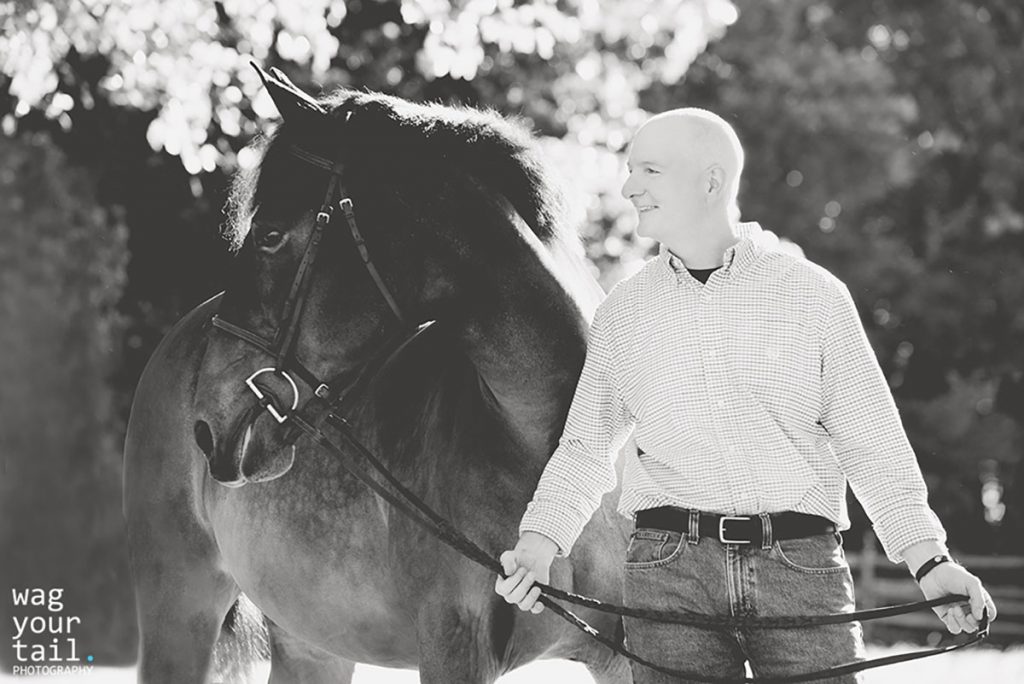 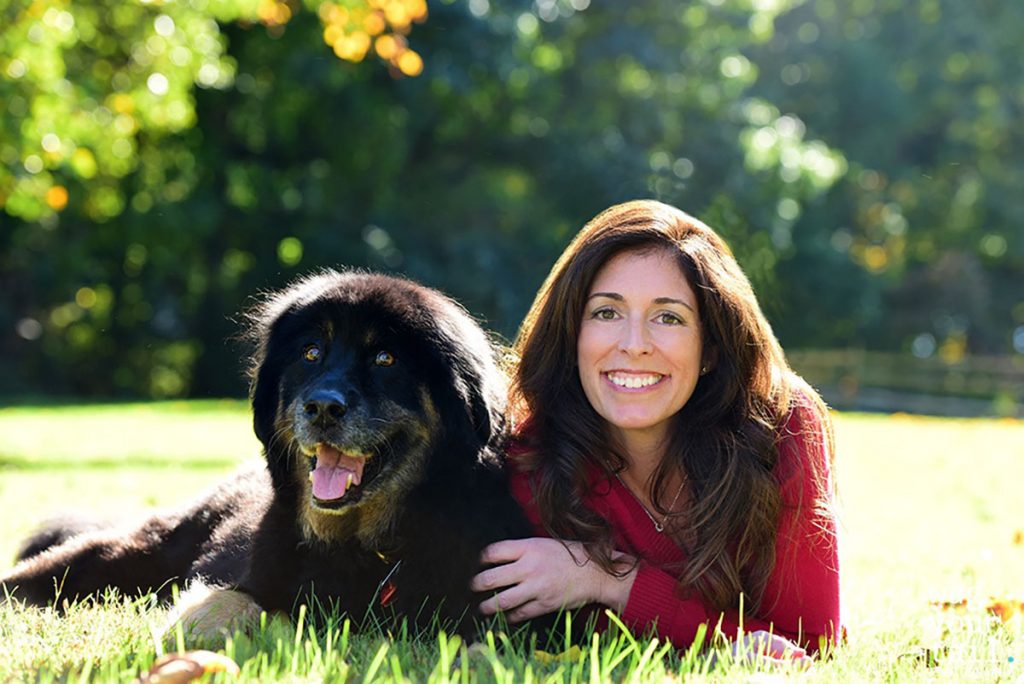 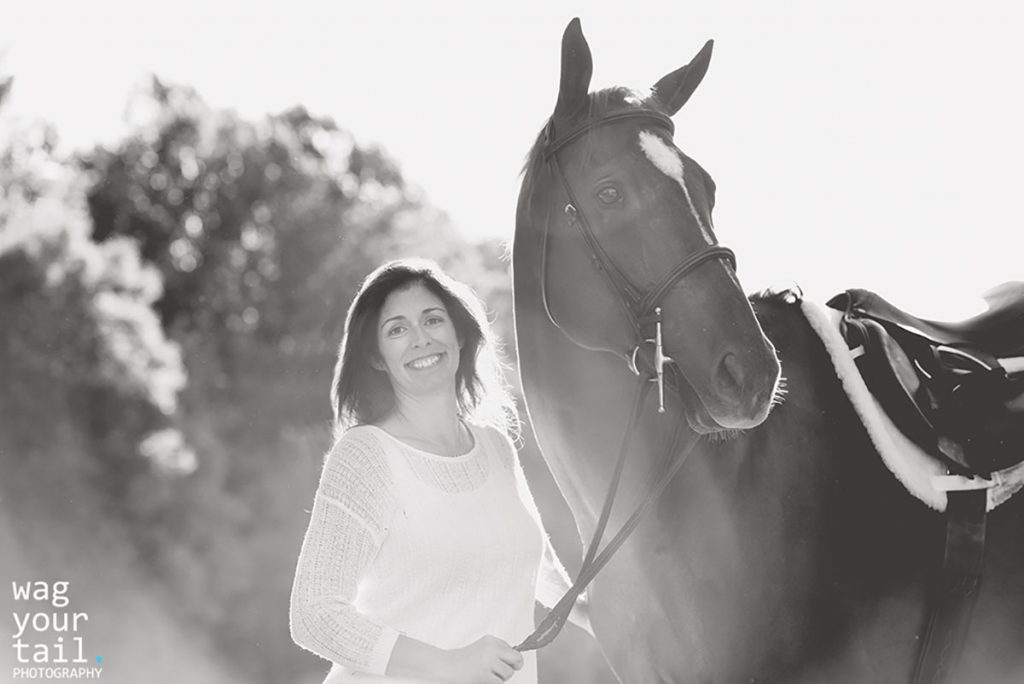 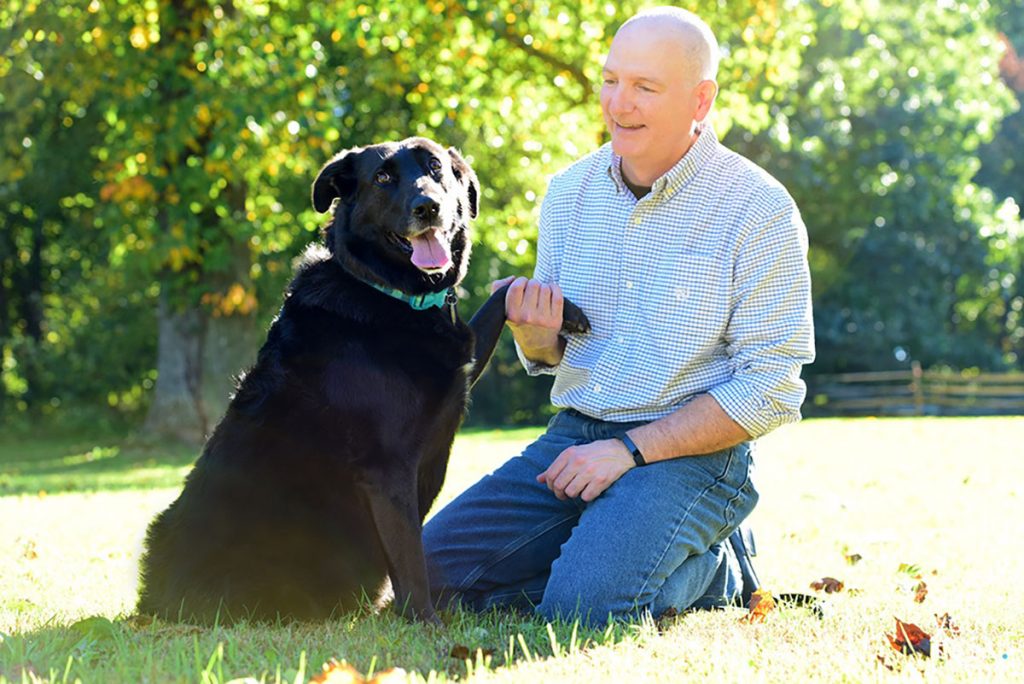 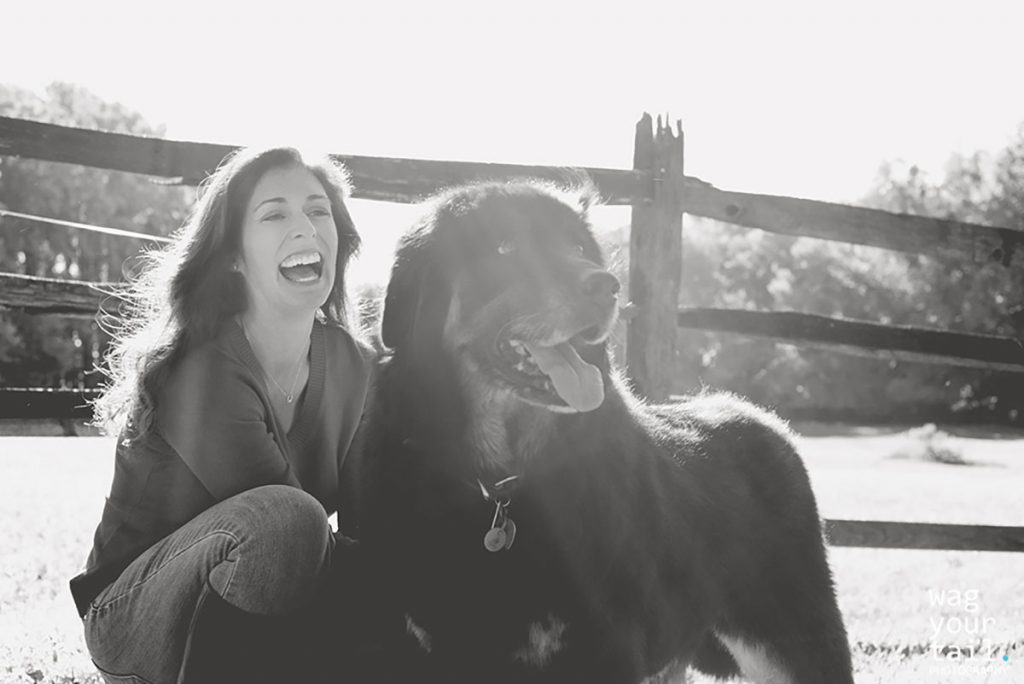 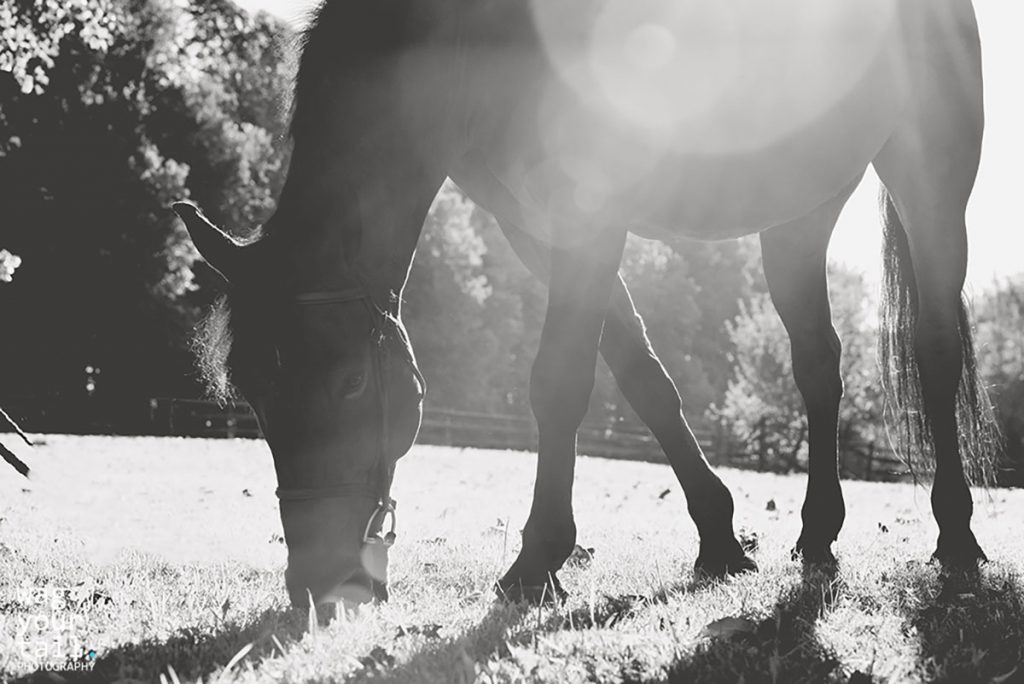 Maura was 2 when she was adopted. She was about to be 8 when our shoot came around. One of the first things she did when she got to her new home was tear all of the stuffing out of one of the couch cushions (new, of course), and, as her dad said, it’s pretty much been true love ever since! Ha! 🙂 While it’s not clear how Maura ended up at the shelter, her back-story has not in any way impacted her love of people. While Maura likes other dogs, she LOVES their owners. She is also “a study in contradictions” – again, can you relate? She loves water, but hates the rain. She’s afraid of pumpkins and balloons, but will challenge foxes, bucks and groundhogs to a fight to the death. We were warned that Maura has a strong prey drive…. and we got to witness it in full effect during our shoot. If you follow us on Instagram, you might have seen our video post literally capturing Maura dart off mid-shoot to chase a squirrel. It was epic and hilarious! Don’t worry, no squirrels were hurt during the shoot, and Maura came right back to join the party.

Hank, the other horsie we got to photograph, is about 20. As Hank’s dad explained: “One of the highest compliments you can pay a horse, especially one you are trusting to take you over a jump, is to say they are “honest”. And he is that. When you are on his back, he takes care of you. He will jump anything you put in front of him, do anything you tell him to the best of his abilities. Hank is athletic, kind, lazy, and a little goofy. As we were told before the shoot: “He can be a cranky old man at times, but so is his owner, so…” 🙂

We LOVED this session so much, you guys. It was a blast to work with this incredible group of friends and family, and it truly has become one our most memorable pet sessions to date. We wish them the very best! XOXO, WYTP 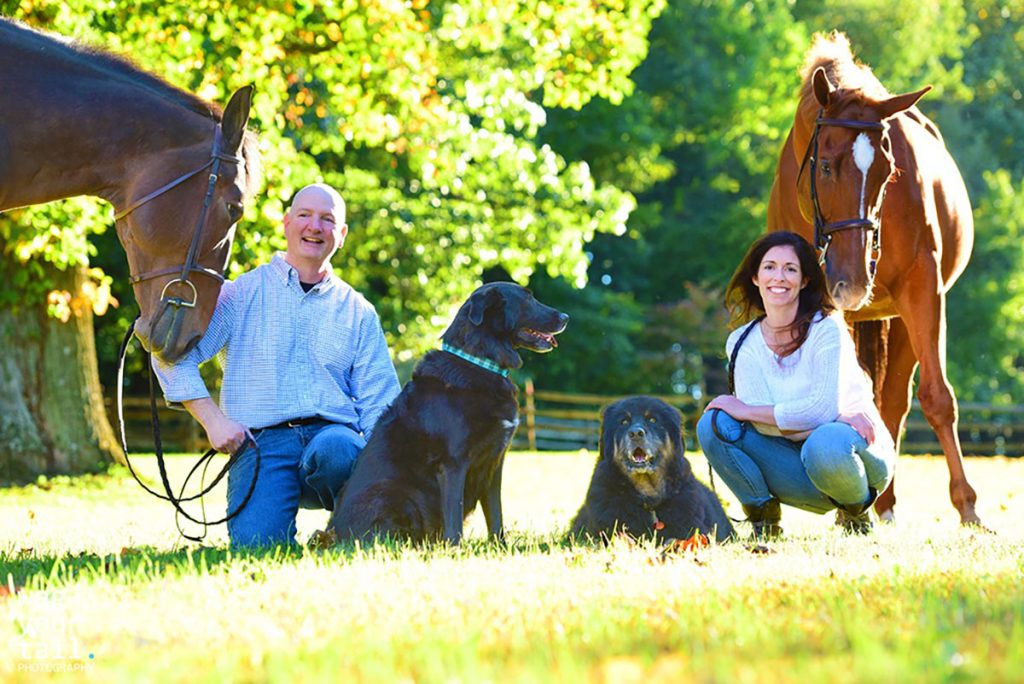 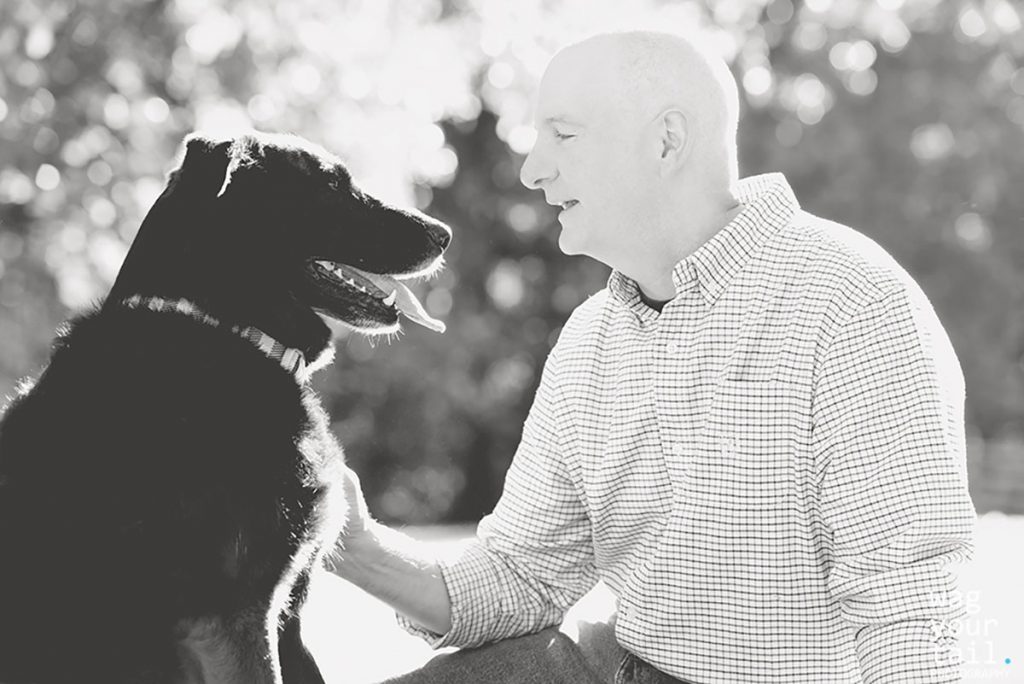 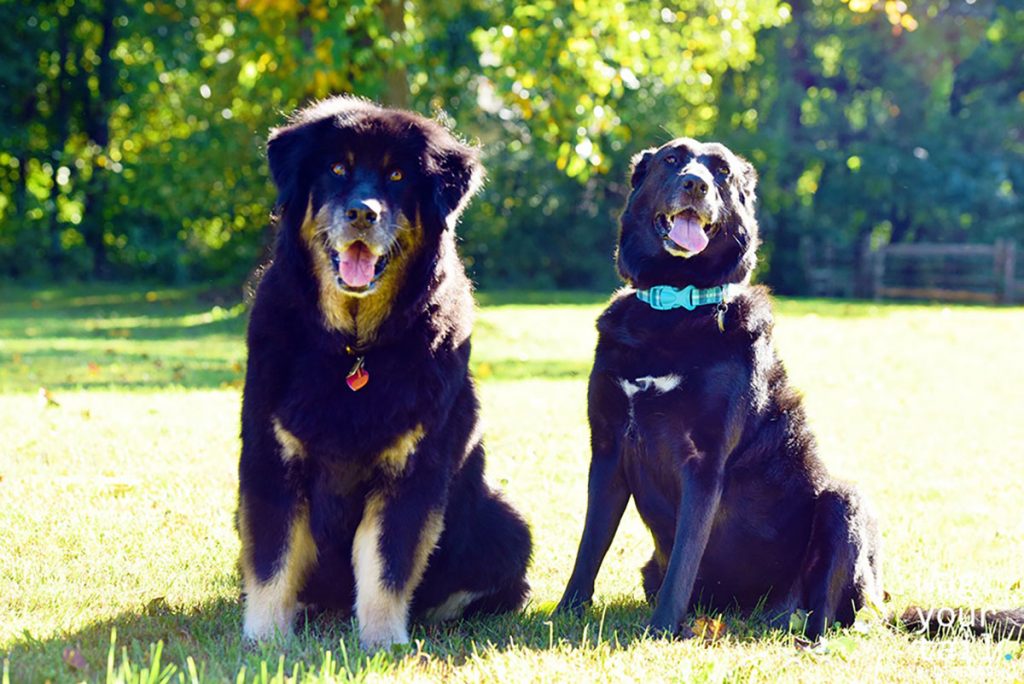