Merry Christmas Eve, Friends! We hope you are enjoying this magical time of year in good health and with loved ones. As we have only 1 more sleep until Santa Paws arrives, we thought it most fitting to celebrate with our magical session with Finn, the oh-so-handsome and LOVABLE mini-potbelly pig. When we met Finn, he was 3 years old. Finn is originally a southern boy, but made his way to the East Coast as a wee-little guy and came to his forever family at just 6 weeks old (omigoodness, can you imagine Finn at only 6 weeks old??!). His southern charm remained, however, and he certainly had us charmed from the second we met him! When Finn’s new momma and dad picked him up at the airport, their lives were instantly changed forever and for the better… in fact, Finn sparked a beautiful romance between his mom and dad once he arrived. They were originally just friends! Yep, Finn is a real-life-piggie match-maker!!! Finn is named after the main character from the show Glee, because that name and character fit him so perfectly.

Like most furkids, Finn is very loved and spoiled. His cute smile and cuddles get him just about anything he wants (so relatable, right?!). Some of Finn’s favorite treats include: Peanut butter, movie theater butter popcorn (you know, the really buttery kind!), cheerios, apples and his peanut butter cookie treats made by the local pig farm. Some of Finn’s favorite things to do are: EAT, sleep, check our pockets for treats, graze on the front lawn, cuddle with his pawrents (especially his mom), torture his grandparents and Aunt Bridget when they are cooking in the kitchen and eating without him (how dare they!?), stop traffic on the streets of the City (not just because he is a pig but a super cute one!), and sleeping and eating some more! He loves getting kisses from his family, kissing them back on their chins, and getting his belly and butt scratched. Finn has some dislikes, though, including that he certainly does not like being told “no.” But, hey, we can’t blame him, who likes that word anyway!?? 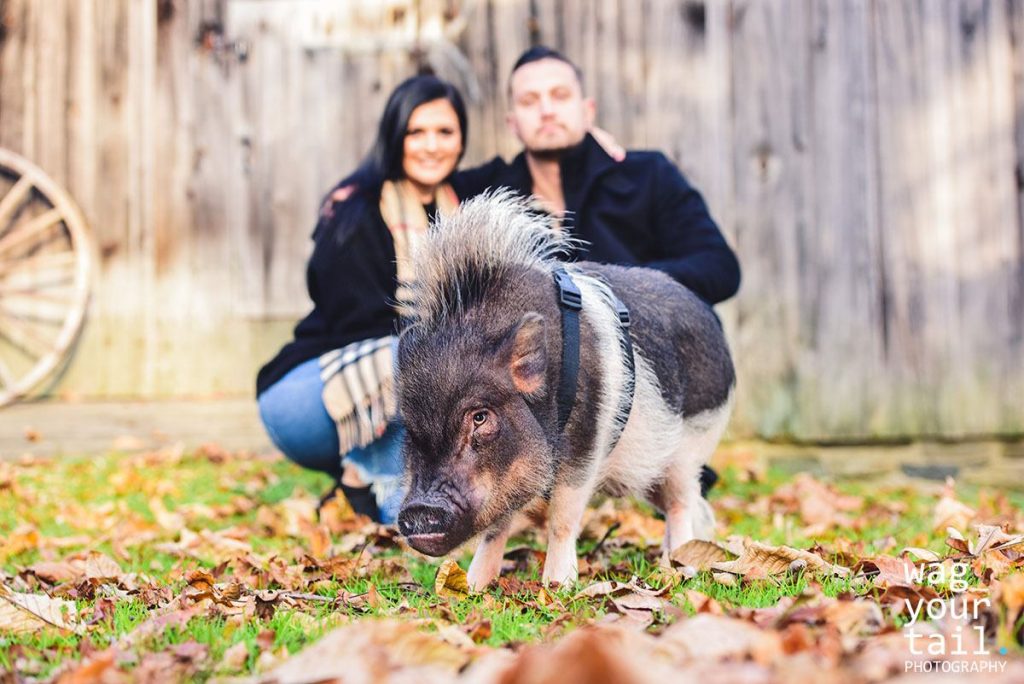 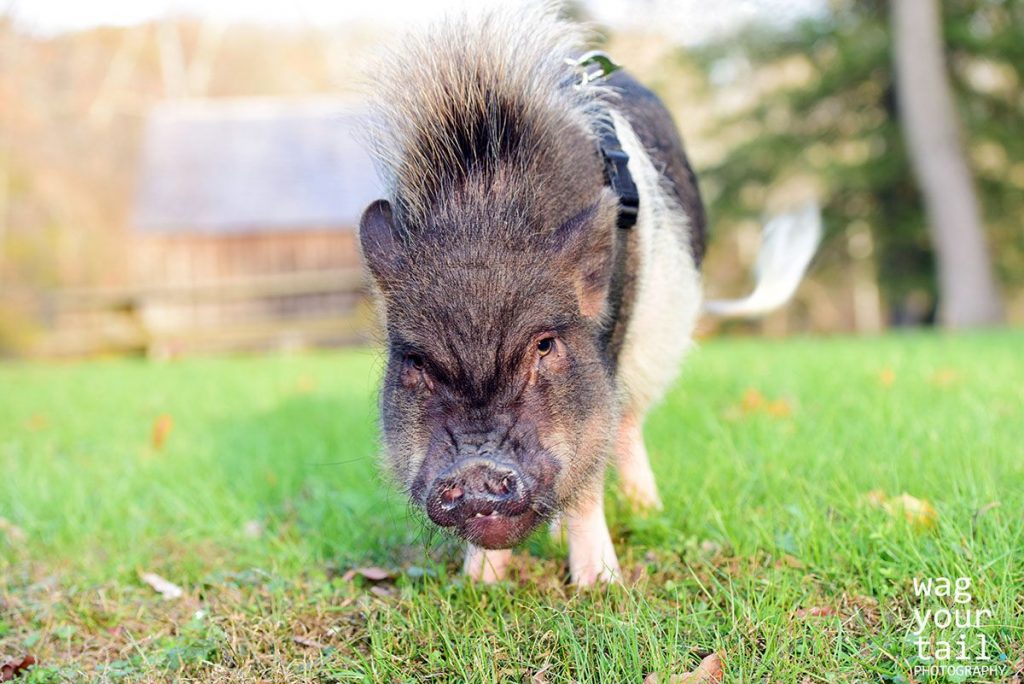 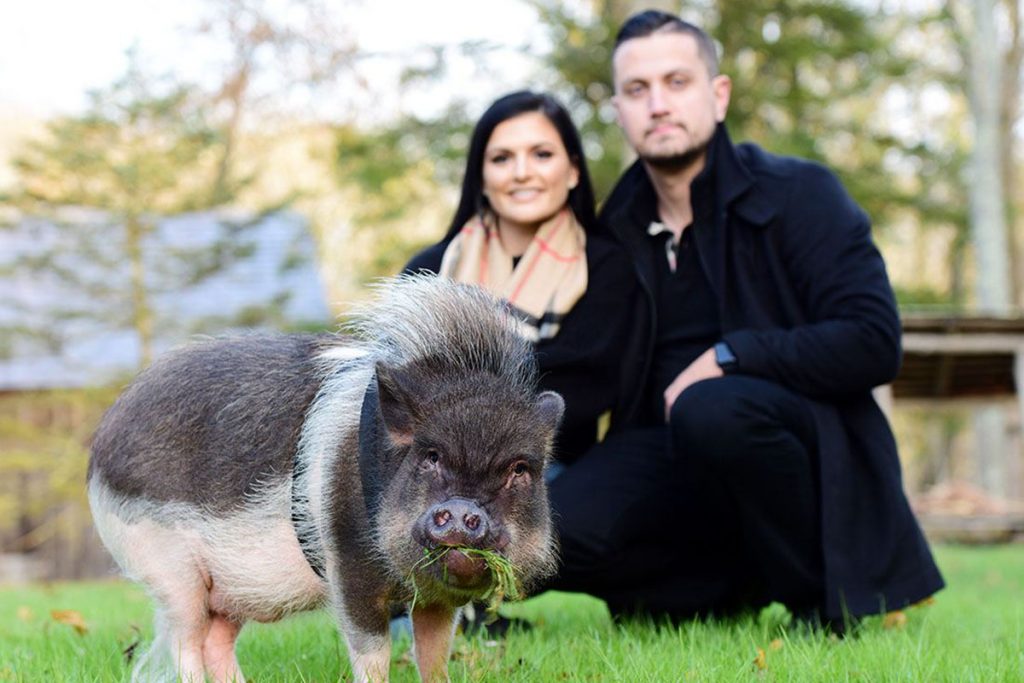 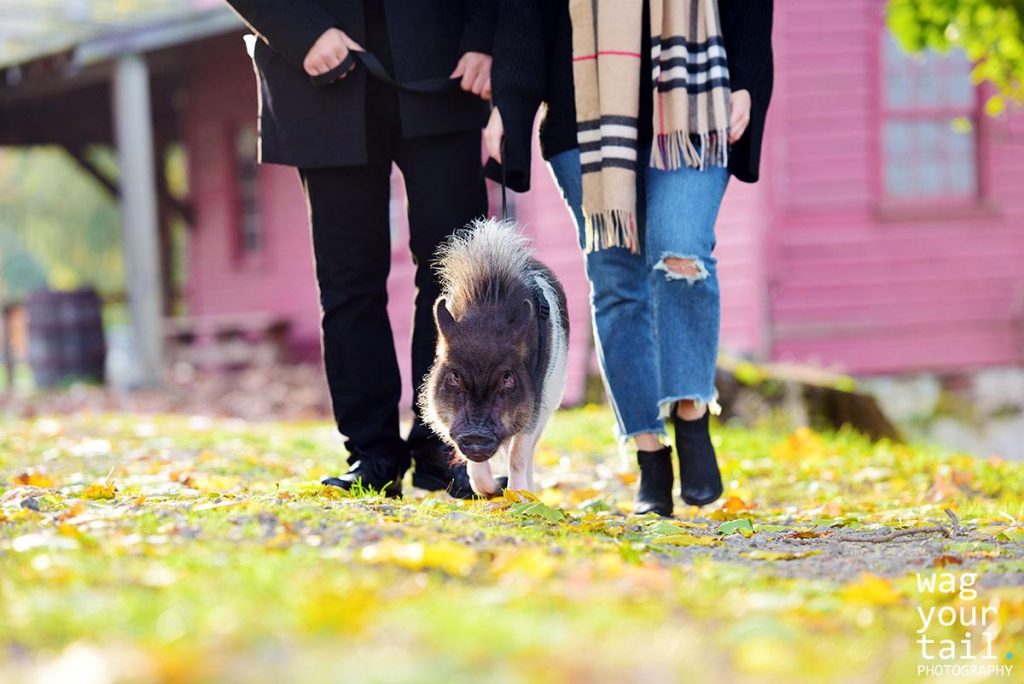 As his momma told us, Finn makes all of their bad days good days and their good days the best days ever! He is their heart and world and vice versa. Finn is often referred to as “the luckiest pig in the world”, and we have no doubt Finn feels that same way. Of course, his family knows that they are actually the lucky ones, because if it weren’t for him there would be no them.

We are so lucky to have met Finn and his mom and dad, and will always remember this pet photo session as one of our of most memorable and fun sessions ever. I mean, it’s not every day that you get to walk the park and take photos with a cutie-patootie piggy on a leash. We wish this incredible family all the best for the future with many more years of Finn’s cuddles to come! Merry Christmas y’all! XOXO, WYTP 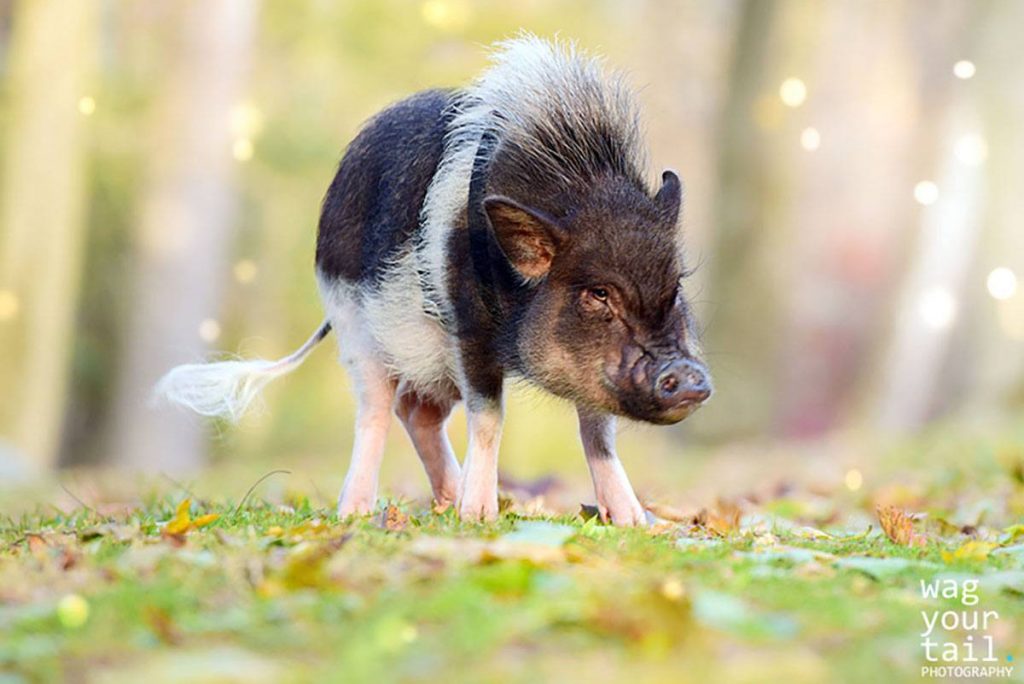 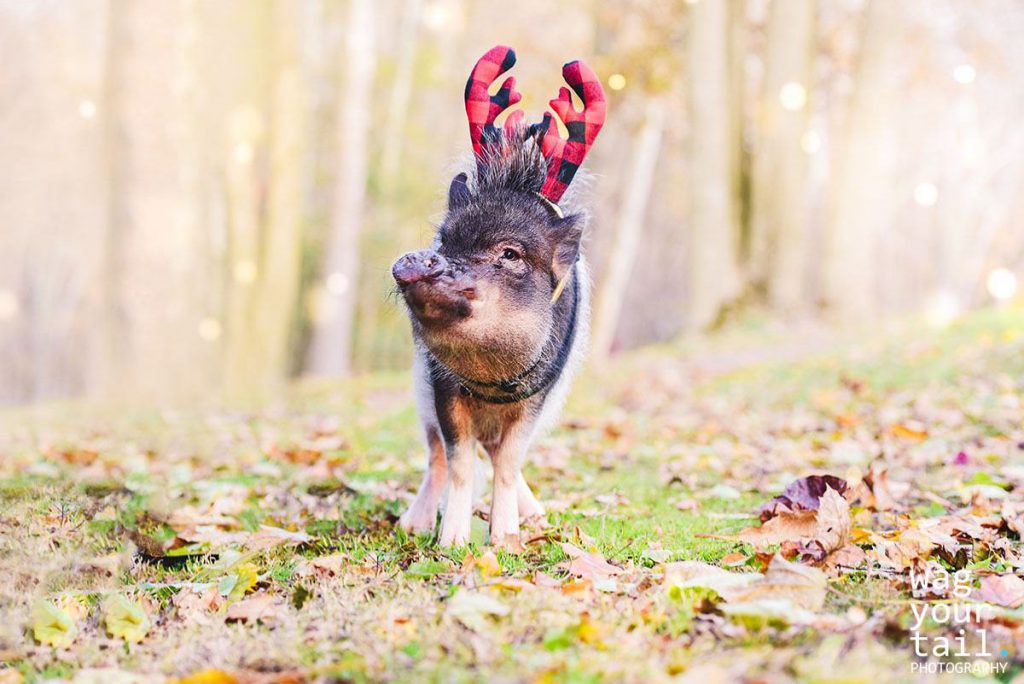 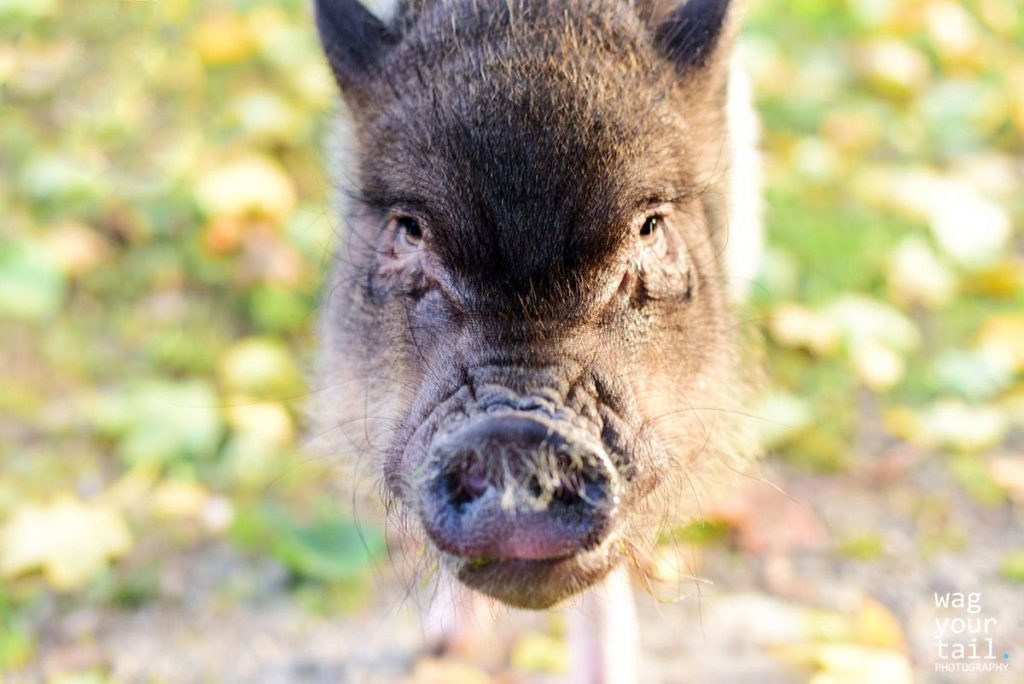