Hi friends! As we head into the glorious few weeks called Fall here in Colorado (sometimes it’s super short-lived!), I wanted to share a very special session we had last fall up at Guanella Pass with the amazing crew of Manny (16 yo), Auggie (9 yo), Daisy (10 yo) and kitty, Szasz! We chose Guanella Pass for the gorgeous Aspens and fall colors that come through along the pass in the fall. And boy oh boy, was it gorgeous! The stars of the event, however, were these three adorable pups + their stunning kitty brother. Here’s a little bit about them each, in their momma’s own words: 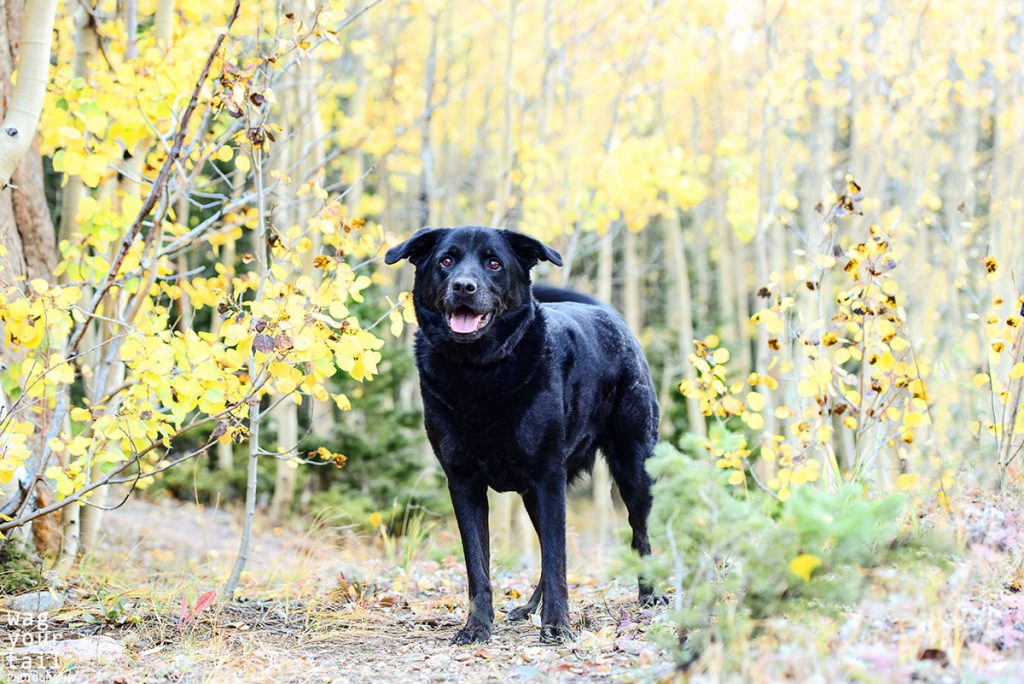 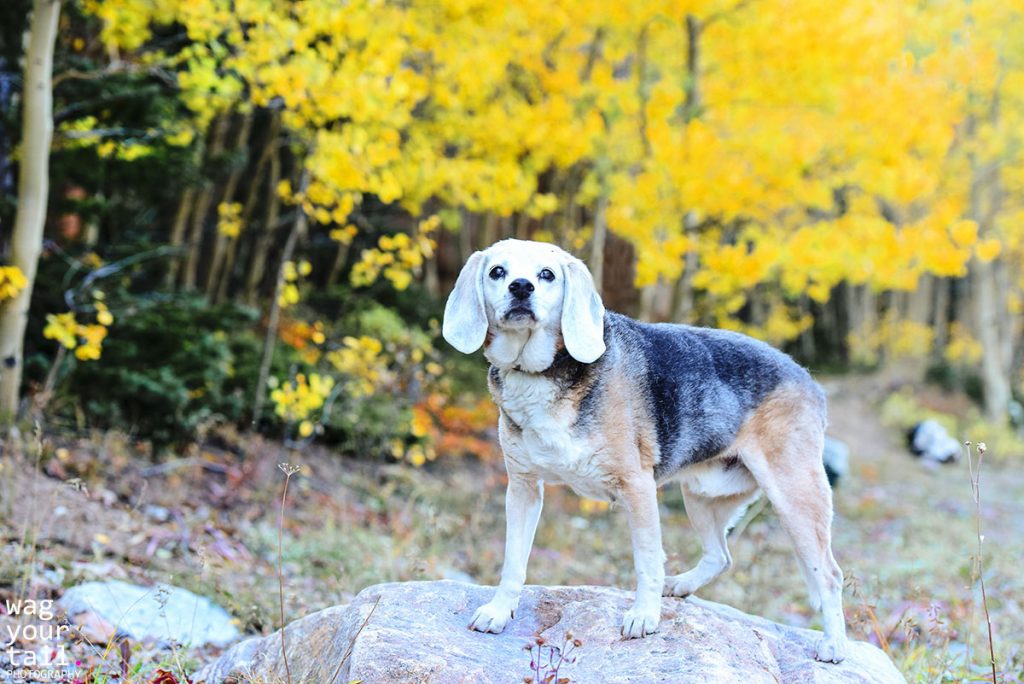 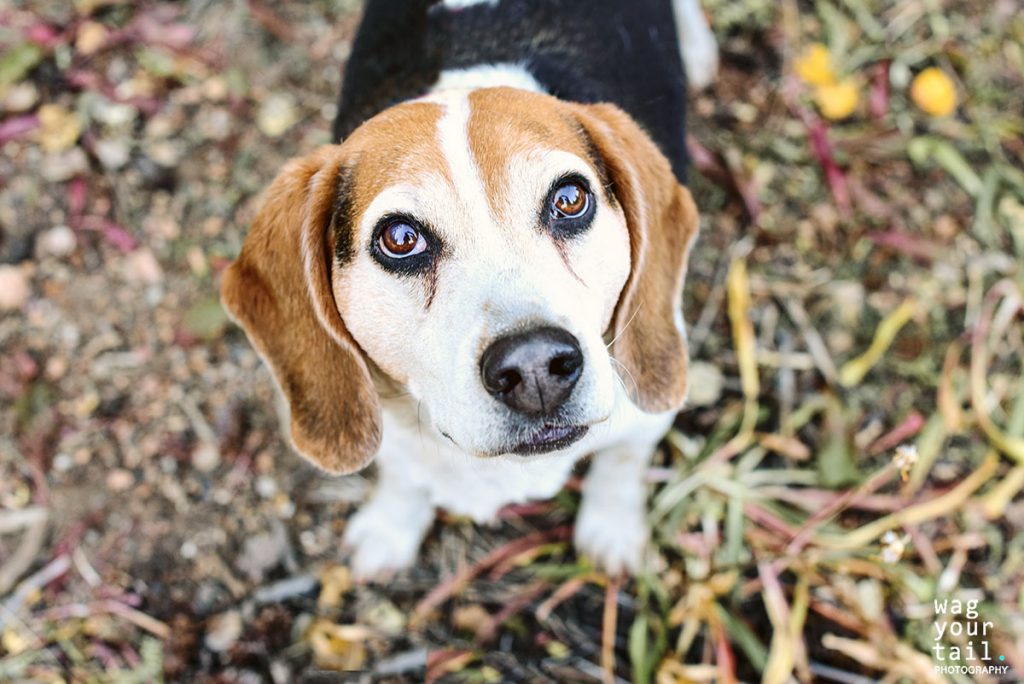 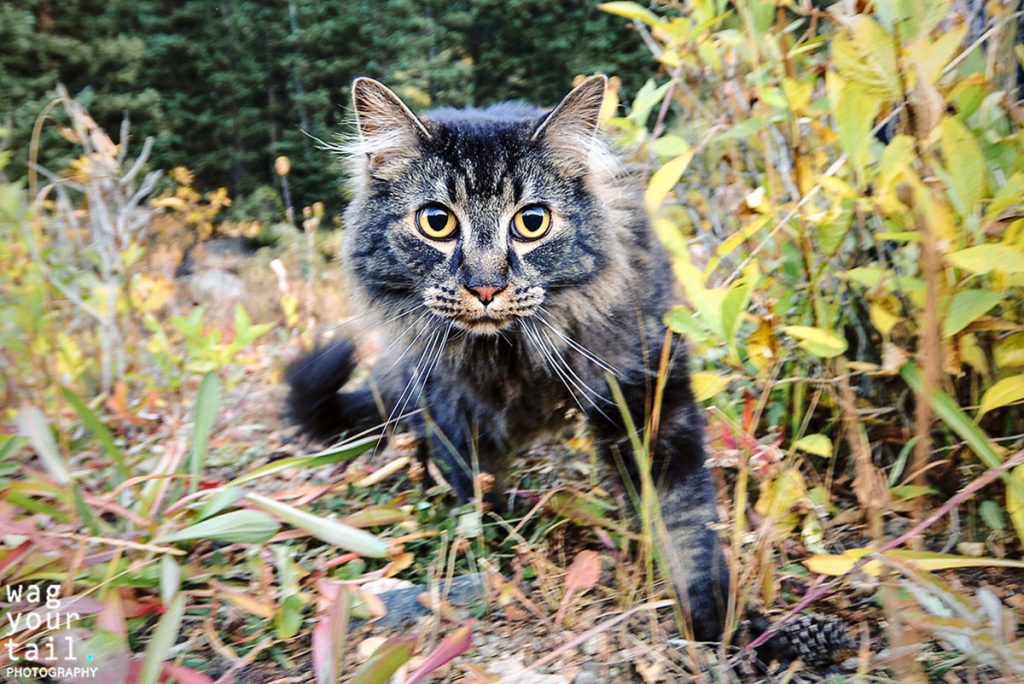 Manny: This magical beagle is 16 years old and still going strong. Manny met his soulmate (and fur dad) at a party 12 years ago. It was love at first sniff and they’ve been inseparable ever since! Manny has lived in 6 states, done numerous hikes, explored the Bad Lands, and even enjoyed a float down the Huron River on a pack raft! Nowadays, Manny enjoys a quieter lifestyle – waking up at 5:00 AM for breakfast, sunning himself in his large yard, taking long meandering walks around the neighborhood, and adorably howling for treats whenever he feels like it.

Daisy: Daisy is a gorgeous 10 year old spitfire! Adopted at only 3 months old, Daisy has been on many adventurous with her fur mom, including finishing college, moving 12 times in 3 different states, enduring heartbreaks, completing graduate school, and acquiring two beagle brothers and a cat brother! Daisy’s favorite activity to hiking off-leash to alpine lakes and wading in the cool water and she steadfastly remains by her dad’s side when he is trout fishing. Since moving to the mountains, Daisy has become an expert vole catcher!

Auggie: This snuggly pup had a rough start to life – he started out homeless, covered in unpleasant things, and picked up by Detroit Animal Control. Luckily, he big brown eyes captured the hearts of his fur mom and dad instantly! Auggie favorite activities include being adorable, charming any man/woman/child/animal he meets, and demanding snuggles by pushing his head under your arm. Like his brother Manny he has traveled to many states and enjoyed countless mountain adventures. One of his current favorite activities is helping his sister, Daisy, catch voles in his backyard.

Szasz: Named after his furmom’s favorite Hungarian Psychiatrist, Szasz stole his mom’s heart while she was completing her studies in psychology. Szasz has never met a stranger and enjoys cuddling with anyone he meets. If you’re lucky, he’ll sing to you with his unique purr. Other favorite activities include walking on his furparents heads in the middle of the middle of the night, banging cabinet doors at 4 AM to get mom and dad’s attention, and overall just being cute as hell. 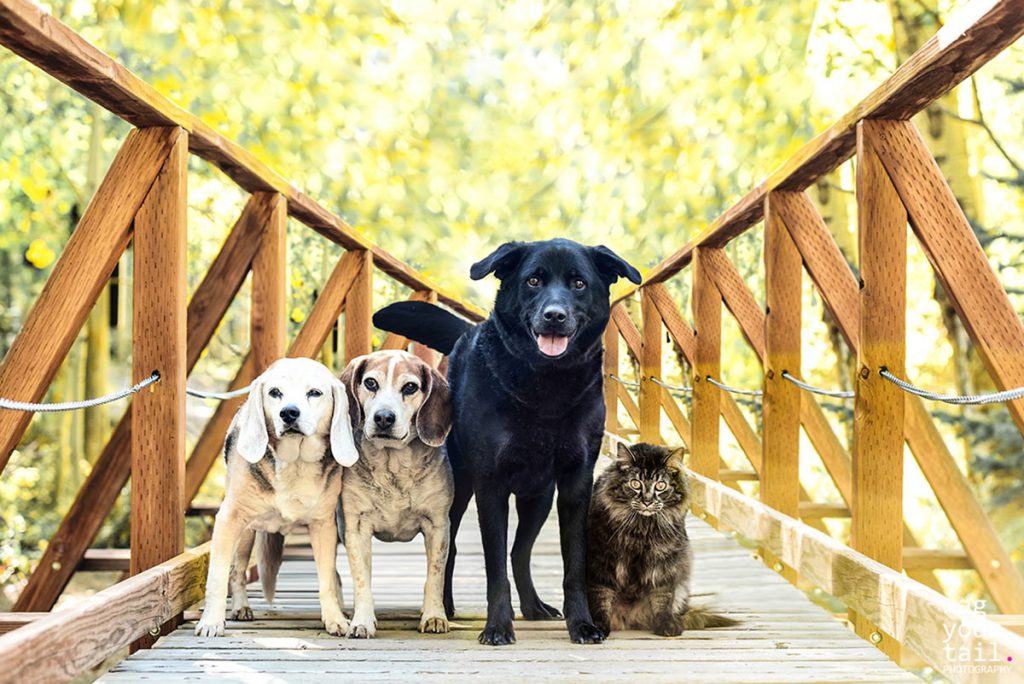 We had so much fun capturing this squad among the Aspens, and we wish them all the best for the future!

A session at Guanella Pass definitely involves some traveling. It’s about 1.5 hours from Denver, give or take. But, we make it easy by meeting at the Georgetown Visitor Center right off of 70 and heading up the pass together. We can then stop along all the beautiful pull-offs along the pass to stop for beautifully golden Aspen backdrops, and if you’d like, drive all the way to the top or summit, where we can get some awesome shots with the mountains in the background, like Mt. Bierstadt (a 14er!). Because of the travel and additional time spent driving up the pass and stopping, etc., there is a travel fee that we add on to the regular session for a session at Guanella. But all in all, I think you’ll agree it’s worth it! 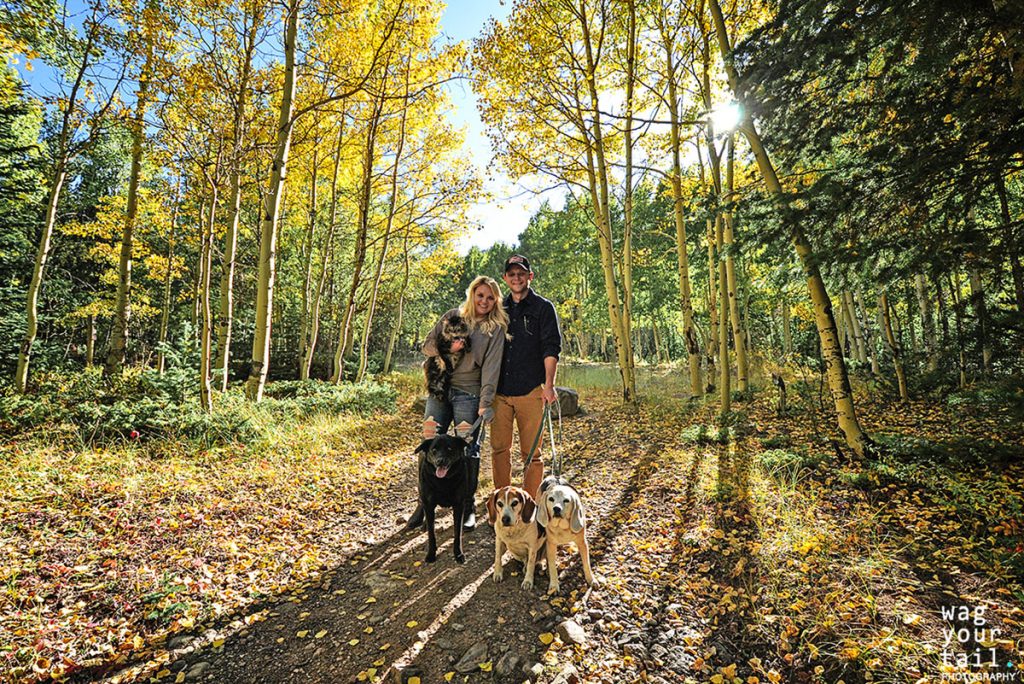 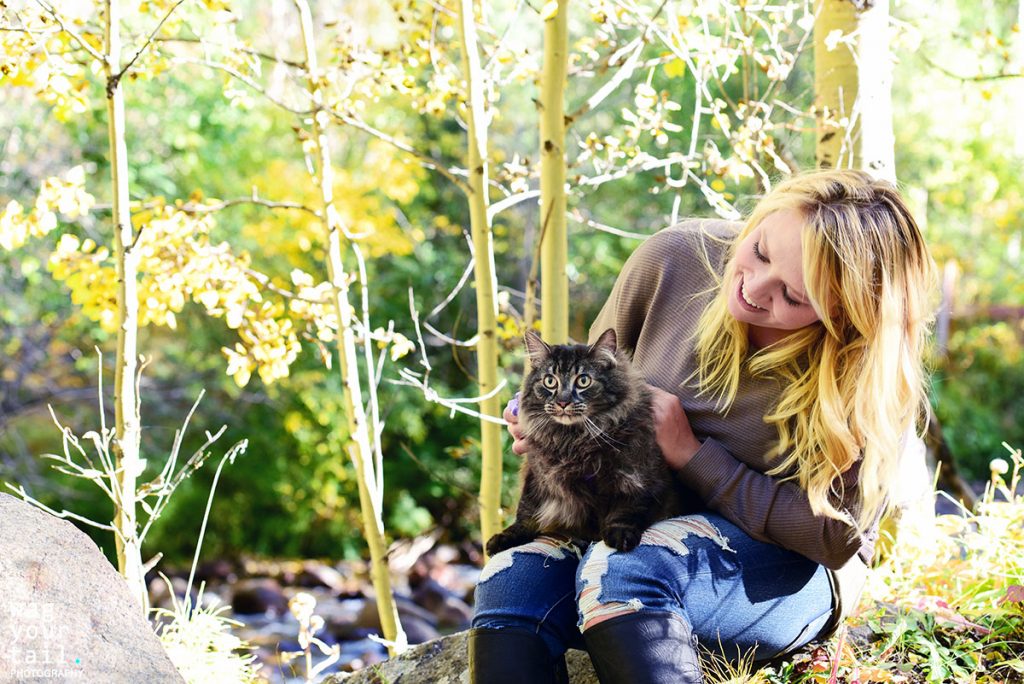 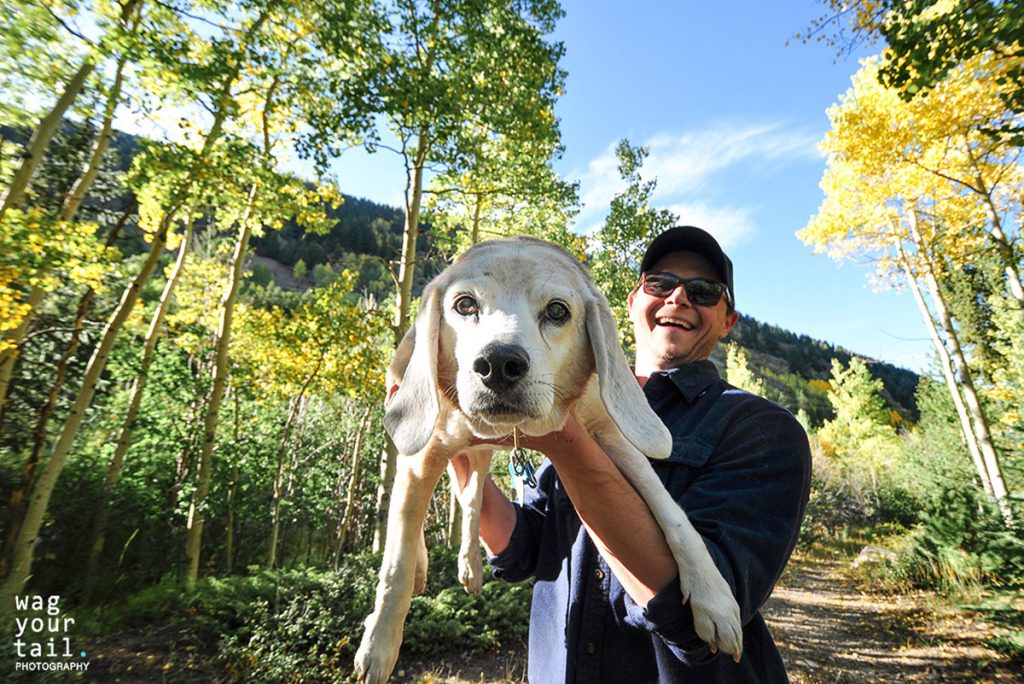