Milo | Love is in the Air

Hello dear friends! It’s Valentine’s Week, and we want to kick it off with one of our most favorite and floofy love story sessions from last year! What better way than with our pawfect pet save-the-date session featuring Milo and his pawrents?! [YES! We offer save-the-date / engagement sessions & they’re the perfect option for all you newly-engaged furkid moms and dads out there!]

Our session was held in Milo’s super fun and edgy neighborhood streets, right along the canal and in the near-by park. Milo’s pawrents wanted to celebrate their engagement, but also, their new addition to the family, little cutie-patootie, Milo! We had the perfect day, and Milo’s cuteness level broke our cuteness radar! Let me tell you a little bit about Milo.

Milo is a “Pomsky”, i.e. a Husky / Pomeranian mix (Omigoodness, we die!!). Milo’s dad had always wanted a husky, while his momma wanted a smaller dog. So, a Pomsky was the perfect compromise. As with so many new pet parents, when they saw Milo’s picture, they instantly fell in love and knew he was the one for them! He came from a breeder in Arizona and took a very long plane ride to get to his new home. Milo was a wee-little 4.5 months old when we met him, and he only weighed about 11 lbs. He will be around 30 lbs once full grown. As his momma described him, and as we immediately learned upon meeting him, Milo is the biggest sweetheart – he loves to give kisses and say hello to everyone. As you can imagine, it’s hard for Milo’s pawrents to walk down Main Street with him without getting stopped every two seconds… everyone loves to stop and pet him! He is a hit wherever he goes, and he is quite a ham about it, too! 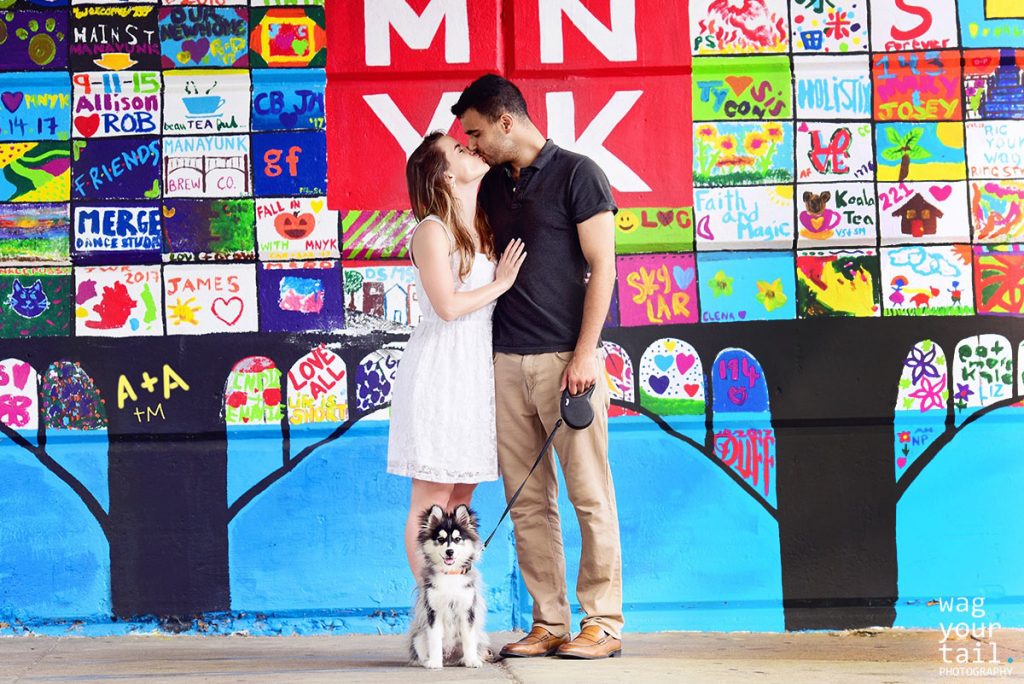 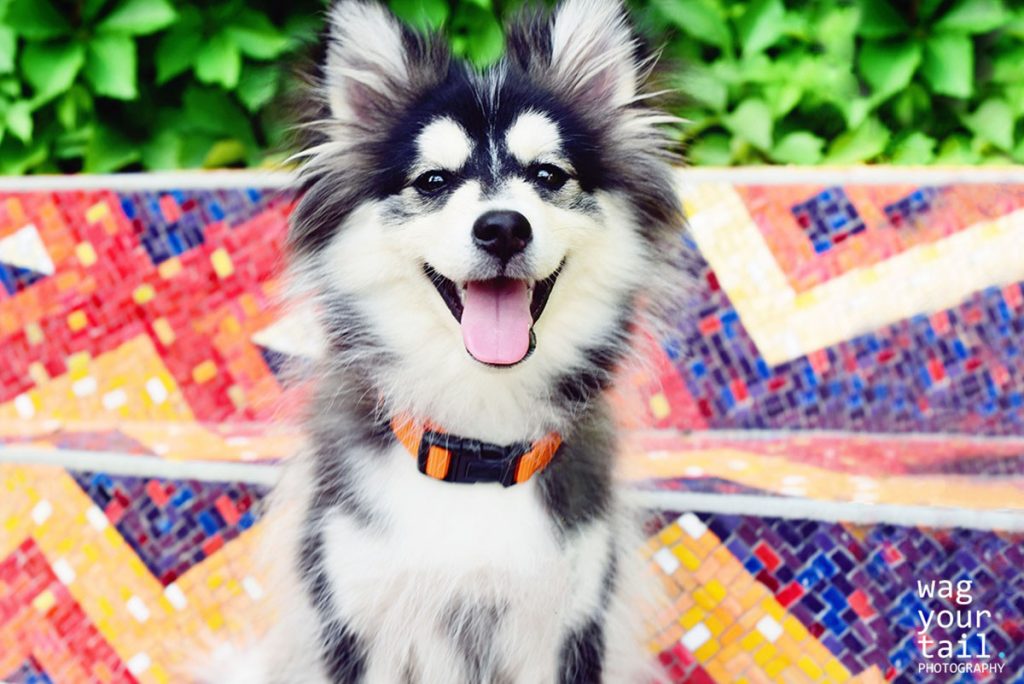 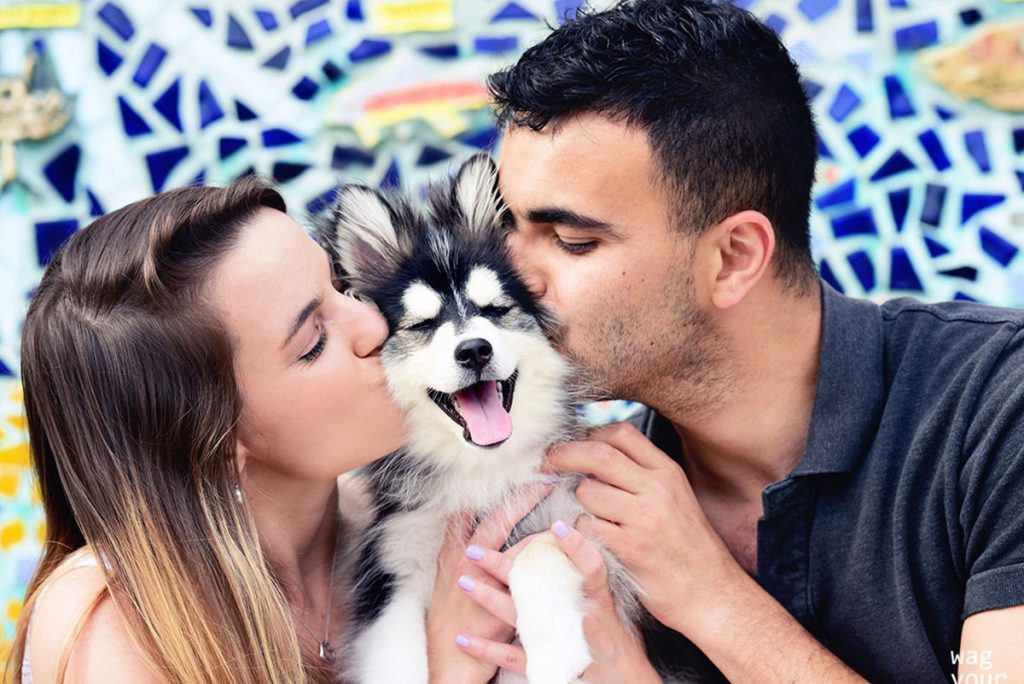 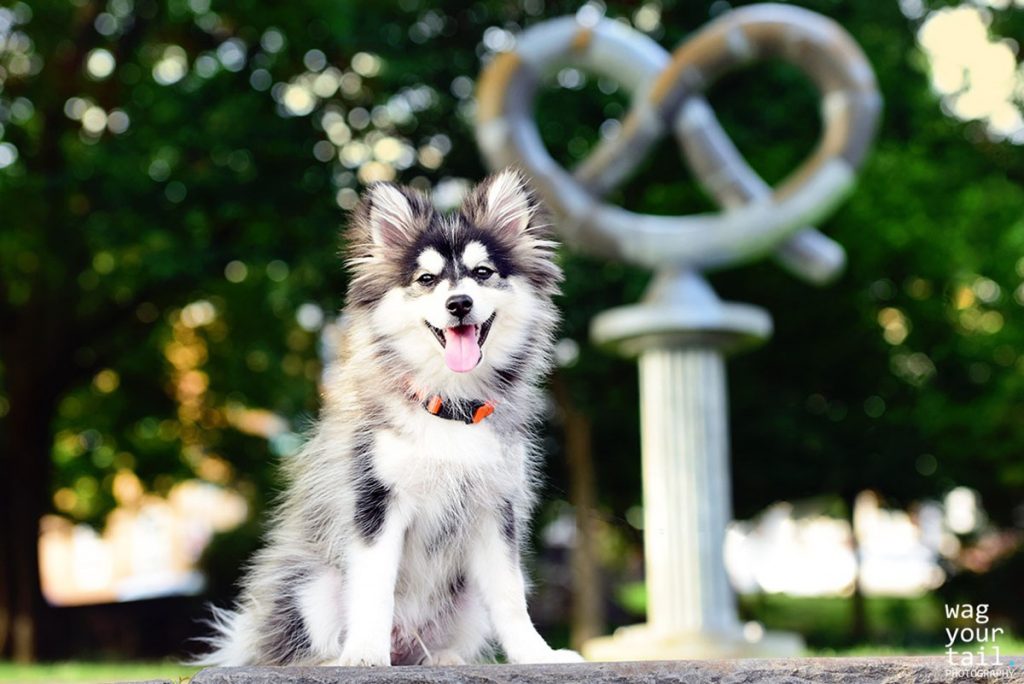 Milo’s favorite toys are small ones with squeakers in them (samesies with our pups!). He loves to just squeak away all day. Milo is so smart and learns new tricks quickly (we have to think that’s the husky in him). All in all, Milo has brought his family so much joy, and we have no doubt that joy is just going to double, triple and quadruple over the years to come.

We wish Milo and his pawrents a wonderful future filled with all the love and happiness in the world! Below you can see some of our very favorite images from this incredibly beautiful and memorable engagement session with Milo. 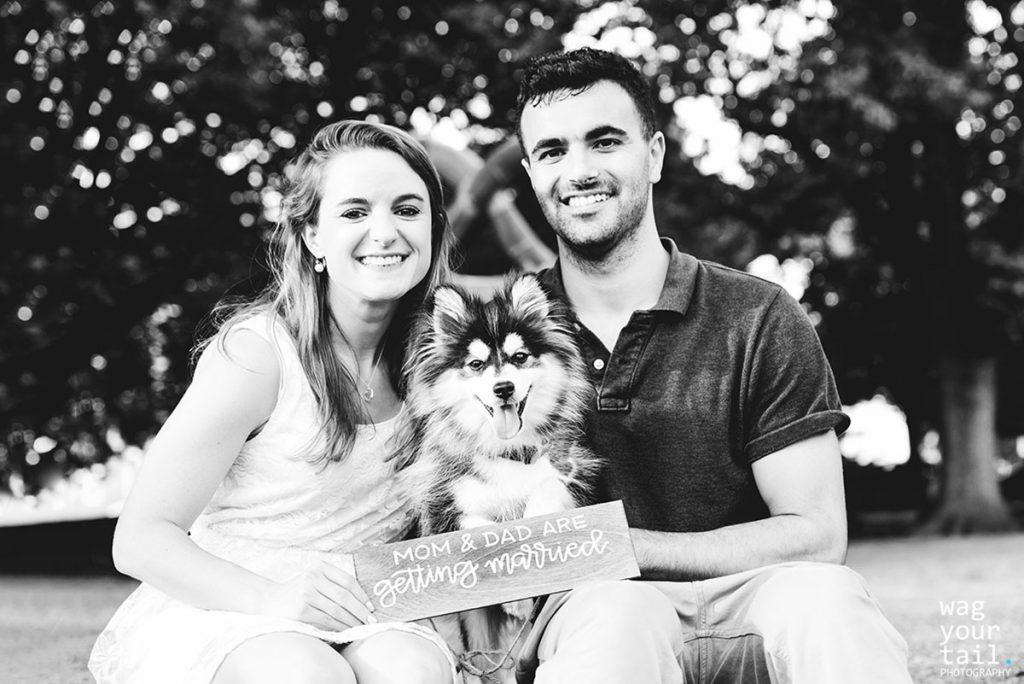 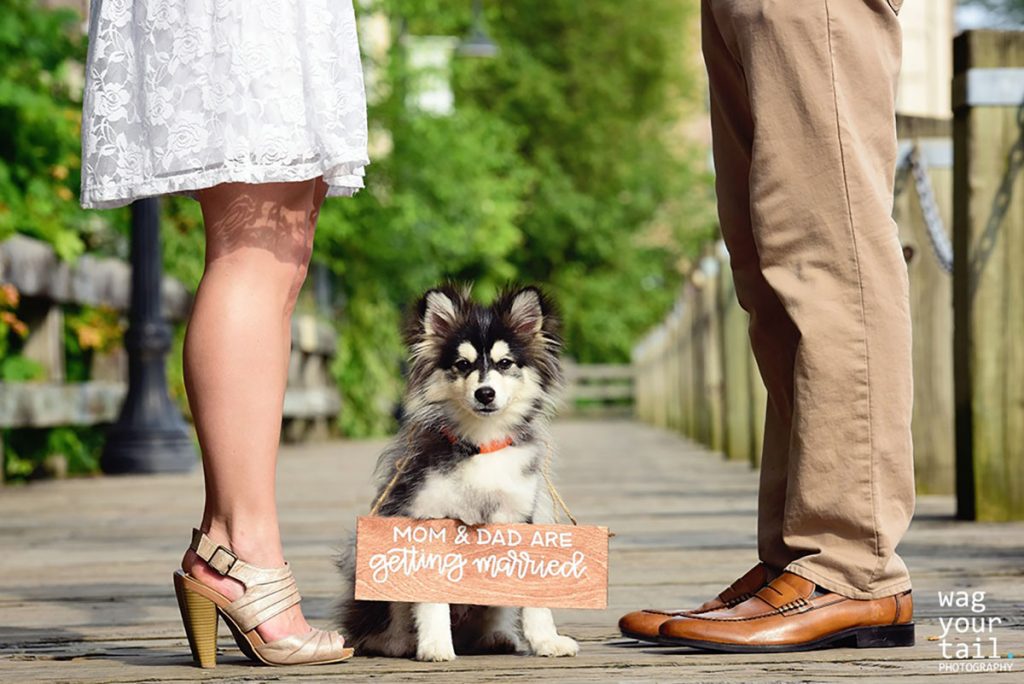 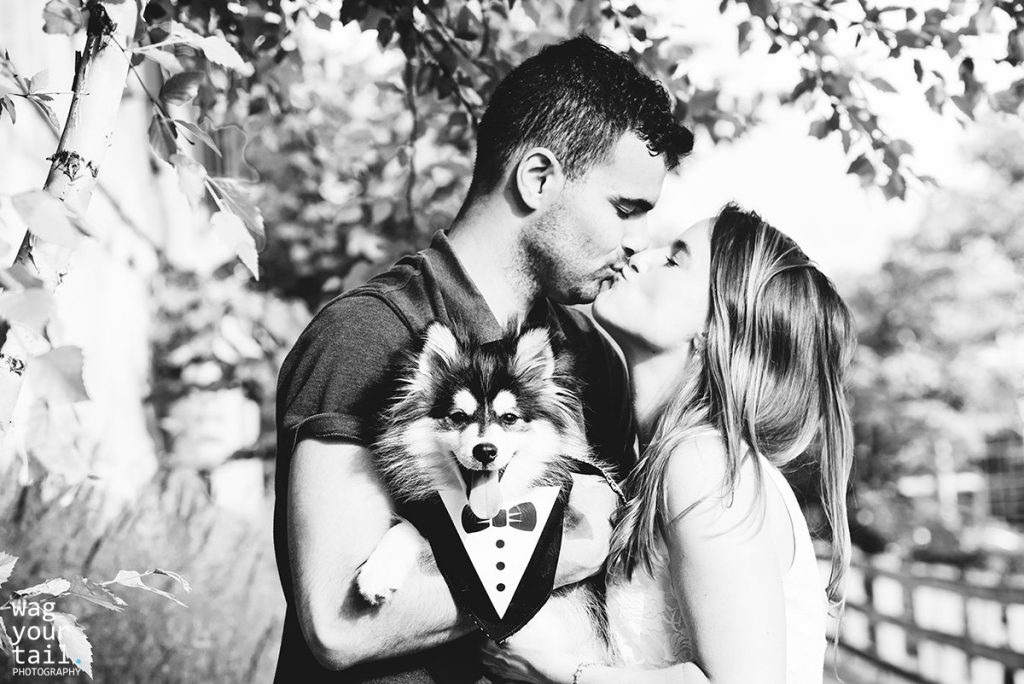 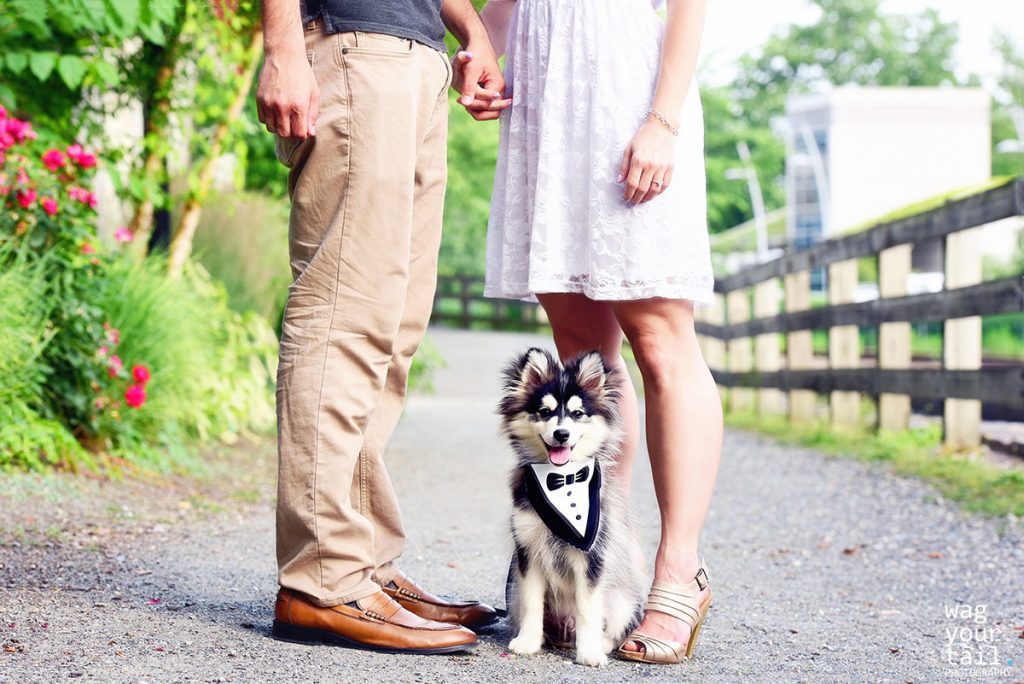